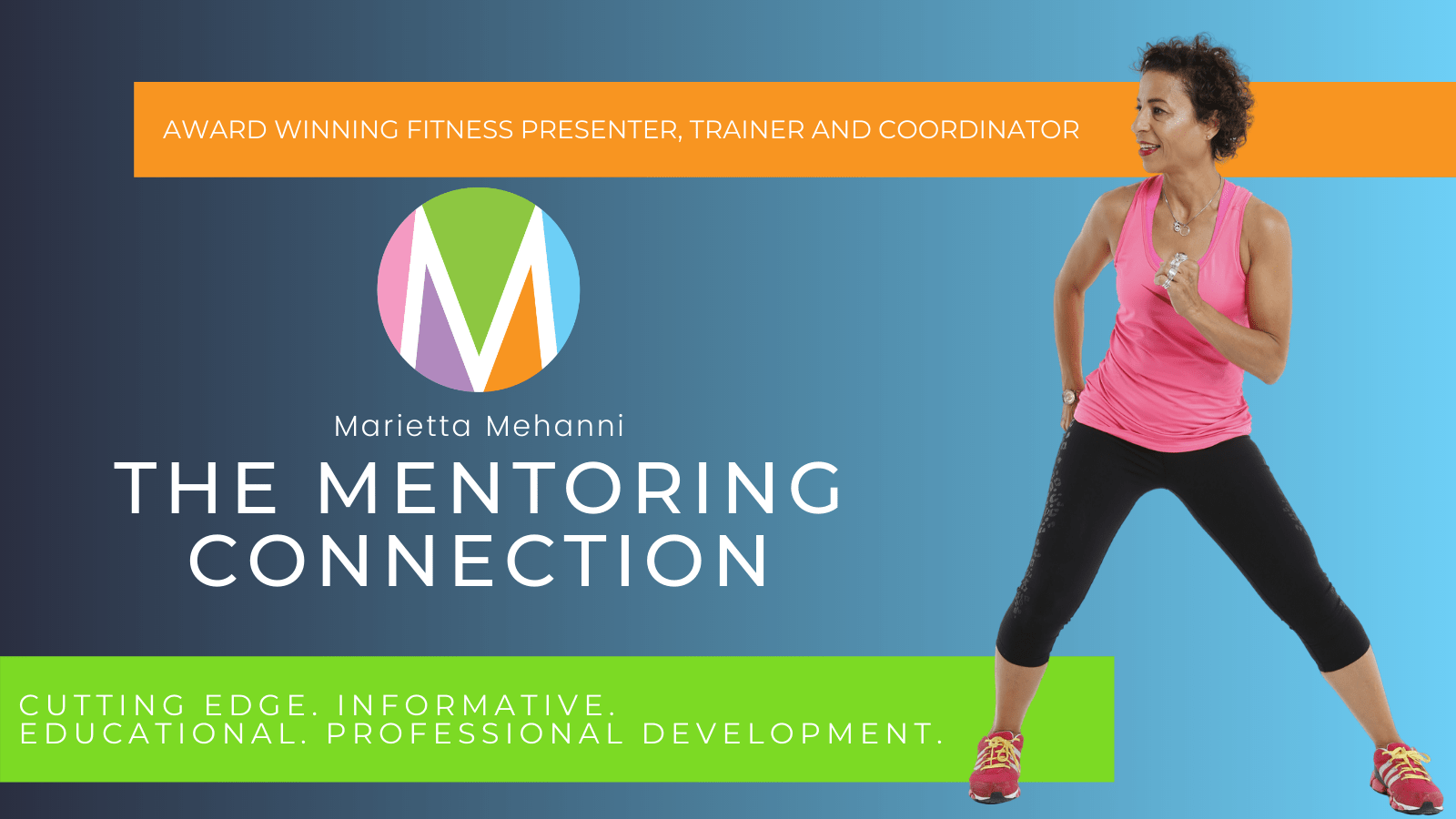 From a young age at school, I enjoyed helping other children who were struggling with school work. It was a way that I felt accepted. Growing up in a community that did not have much ethnic diversity, I didn’t really fit in. My parents were not comfortable with me having more than one friend come over to the house, so I grew up feeling isolated, lonely and uncomfortable in social situations. The only time that I made a connection was when someone turned to me for help with assignments and exams. It became my ‘thing’. When most were dreading exam time, I looked forward to it, as it meant everyone would become my friend.

When I moved away from home and started teaching group fitness, helping new instructors became a regular part of my week. In those days, new instructors had to complete 40 hours of teaching with another instructor and I welcomed new instructors to co teach with me. It felt like a responsibility to share what I had learnt, but also it helped me define and crystalise my strategies. I did this unpaid, as it was about creating a connection (similar to what I needed when I was younger). It was satisfying to observe another instructor move from being nervous and unsure, to a confident accomplished leader and to know that I was part of that journey.

A striking moment was when I overheard an instructor talking to a colleague about how I was her mentor. I had never used that term for myself before. I just thought I was a ‘helper’ or an instructor that helped people get their 40 hours completed. A mentor. Wow, that title felt noble! It felt like I had played a meaningful role in someone’s life.

Once I became a group fitness manager, I saw mentoring as an important part of my role. If I wanted a team of instructors who taught to the best of their ability to be on my team, I needed to be part of their development. I preferred to choose participants in my classes who showed enthusiasm and love for classes and encourage them to complete a course. At this time, I was now delivering group fitness instructor courses, so I was able to guide them through the whole process with extra one on one time afterwards, as long as they were committed to be part of my team. I actually offered this to everyone who did the course, as there were always super keen, new instructors who wanted to teach in a gym. Mentoring was now more than a ‘thing’, it was weekly schedule of training instructors one on one. Again, it was unpaid, as it was also fulfilling a personal goal – to have the best group fitness team in the city.

When I decided to move on from management to pursue presenting on a larger scale, I felt lost. I didn’t have a team to connect with anymore. The group fitness world was shifting focus to pre-choreographed programs and my role as a mentor in a one on one situation slowly disappeared. I still heard people use the term mentor, but in my mind, I had not played a significant role in their success. A part of me felt incomplete. I wasn’t personally helping anyone on a regular basis any more and I decided to that I needed to move on.

Then Covid happened. 2020 will be a year that many will use as a defining year. The year that everything changed for them. It certainly will be one for me and I do not want to forget 2020, because it helped me realign with what I am passionate about. 2020 is the year that I launched a membership. It is a year that I launched two mentoring groups – one for freestyle step instructors and one for aqua instructors. The mentoring has evolved into creating a community of like minded instructors who love sharing, listening, learning and opening their minds to new ways to improve the experience for their participants. The instructors are experienced in life and other aspects of instruction and love the opportunity to talk shop.

So now I am back in my happy place. The yearning to share my knowledge and experience and thus continuously reflect on my own improvement has be satisfied. The weekly meetings and the occasional one on one sessions provides the connection that I need to feel complete.

Thank you to the wonderful instructors who join me and are part of the mentoring groups each week. From your comments and emails, I know that you share the same connection that I do.

If you would like more information about the mentoring groups, please feel free to contact me: [email protected]

← Prev: The social media rabbit hole Next: Do you body weight train? →